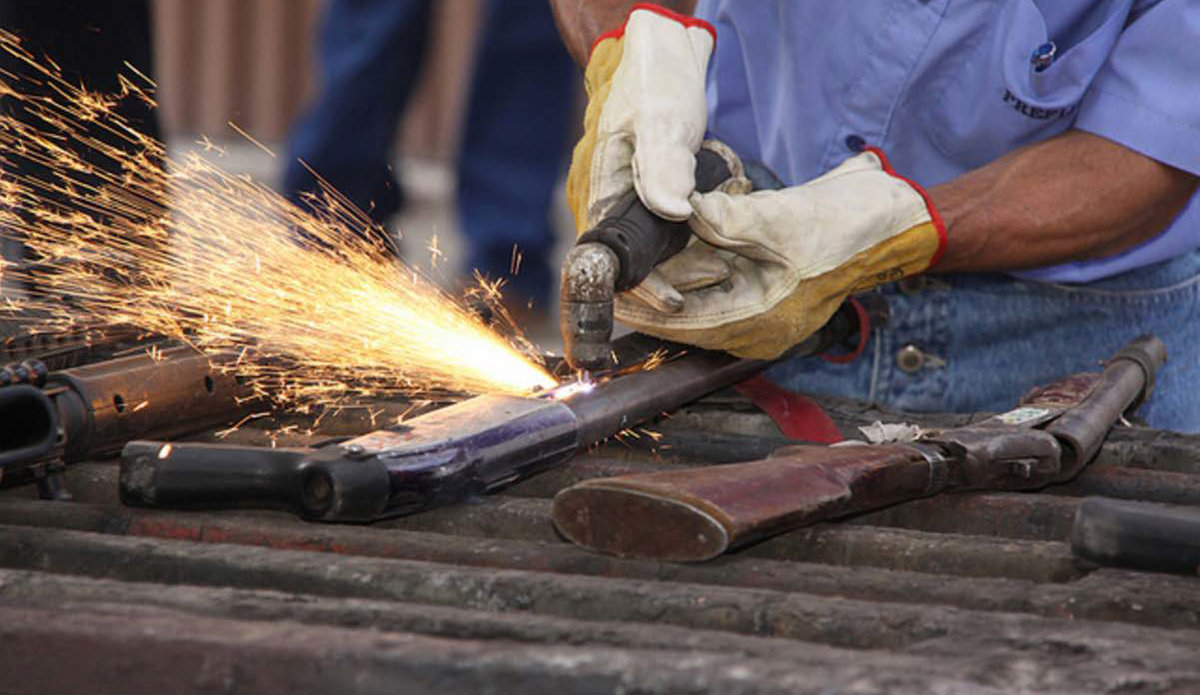 Recording of weapons in Burkina Faso

UNOWAS and partners conducts efforts to raise awareness of the threat to peace and stability posed by drug trafficking and organized crime in West Africa and the Sahel, including the terrorism threat — especially in the Sahel band.

The continuing scourge of drug trafficking in West Africa and the Sahel and the increasingly sophisticated operations launched by drug cartels is an issue of great concerns. The use of the Sahara desert as transit route for narcotics, in particular cocaine and cannabis, heightens insecurity in an already volatile region, which mostly remains outside the control of national security and defense forces. Terrorist networks and rebel groups could derive significant economic benefit from criminal activities, including drug and arms trafficking. The frequent instances of the kidnapping of foreigners in the Sahel band in exchange for ransom payments are a reflection of this worrying trend.

Moreover, increasing trends in the local consumption of cocaine indicate that the sub region is also becoming a consumption area. In places where unemployment is massive and the political situation is volatile, drug consumption among youths could serve as a trigger for violence.

The ongoing efforts to implement the Economic Community of West African States (ECOWAS) Regional Action Plan to Address the Growing Problem of Illicit Drug Trafficking, Organized Crime and Drug Abuse in West Africa and the Sahel, with the strong backing of the United Nations Office on Drugs and Crime (UNODC) and UNOWAS, have gained momentum with the donor conference held in Vienna on 3 December 2009. As an initial step in international support for the Regional Action Plan, the West Africa Coast Initiative (WACI) project has been implemented in the four countries in West Africa through the UN Peace Keeping operations.

Responding to the need for a comprehensive and multi-stakeholder approach, UNODC, UNOWAS/DPA, DPKO and INTERPOL set up the West Africa Coast Initiative (WACI) to work in synergy to support the implementation of the “ECOWAS Regional Action Plan to Address the Growing Problem of Illicit Drug Trafficking, Organized Crime, and Drug Abuse in West Africa and the Sahel”.

WACI is a joint programme that entails a comprehensive set of activities targeting capacity building, at both national and regional level, in the areas of law enforcement, forensics, border management, anti-money-laundering and the strengthening of criminal justice institutions, contributing to peacebuilding initiatives and security sector reforms.

WACI is a direct response to the priority interventions identified by the ECOWAS Regional Action Plan, and seeks to ensure synergies with other initiatives in support to its implementation.

WACI strategy is to strengthen human and institutional capacity of law enforcement officials, initially in selected West African countries to combat organized crime and drug trafficking more effectively. Therefore, it provides advisory, equipment, technical assistance and specialized training. National efforts will also be enhanced through increased and efficient regional and international cooperation building on existing law enforcement networks and structures.
UNOWAS plays an important role in promoting cohesion and mobilizing support at all levels, in liaison with other stakeholders, so that that the Initiative can achieve its ultimate goals. UNOWAS is the United Nations entity charged with mentoring and monitoring the implementation of the WACI project on behalf of the UN Organization.

The UN Resolutions 2018 (2011) and 2039 (2012) encourage States of Economic Community of West African States (ECOWAS), Economic Community of Central African States (ECCAS) and the Gulf of Guinea Commission (GGC), through concerted action, to counter piracy and armed robbery at sea in the Gulf of Guinea in conducting bilateral or regional maritime patrols consistent with relevant international law and to develop and implement national and regional maritime security strategies. UNOWAS, in partnership with UNOCA, has been supporting ECOWAS, ECCAS and the GGC’s efforts toward the development and the adoption of a comprehensive Joint Regional maritime Strategy to effectively fight piracy and related transnational criminal activities in the Gulf of Guinea. The mechanisms includes the Annual meetings of the Chiefs of Institutions of ECCAS, ECOWAS and GGC and the Inter-regional Coordination Centre (ICC) to be located in Cameroon.